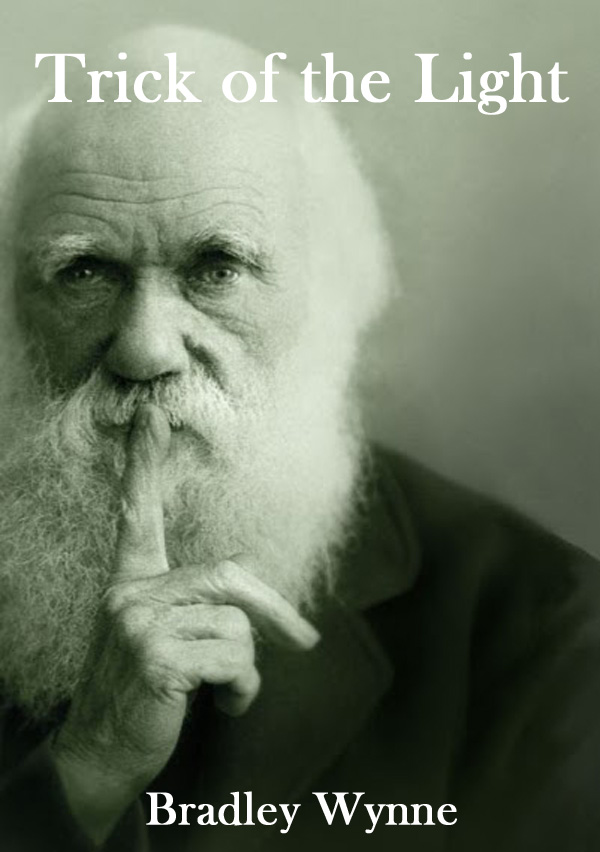 NOTE: This material is copyright.

For many decades, Tilly has wandered through a dystopian land. Now she has a chance to set things right.

I am forever the subject of the whatever-happened-to-so-and-so conversations, forever the ethereal lover for whom every kiss is a rehearsal for farewell, every caress an exercise in making sadness. I am twice-born, a fleeting wisp, a curio of nature, a trick of the light, brimming with gratitude and doubt for my long and ad-hoc past, and overflowing with trepidation at the weight of my future.

(Brief synopsis)
It is the present. Twenty-something Matilda (Tilly), a reluctant time-traveller, and Cassi, her enigmatic guardian, have experienced a century and a half of Australia's European history when they meet Birrong, a sanguine Koori man who explains that they are to help him reshape what he asserts is the "dystopian dreamtime" in which the First Australians live. His plan is audacious: gain the confidence of the young Charles Darwin during his visit to New South Wales in January 1836 and convince him that he should champion the forging of an equitable accord between the fledgling western colonies and Australia's indigenous nations.
The story, told in the first person, follows Tilly as she endures her over-protective mother/sister/mentor, struggles with the very concept of time travel and copes stoically with her desperate loneliness — as a side-effect of her time-travelling "infliction", she does not age, so cannot know enduring love. That yearning threatens to undermine the trio's plans when she becomes emotionally involved with Buster, who reminds her of her first lover, a sailor whom she met on the Sydney docks in 1872. Buster, who can eavesdrop on people's dreams, joins the group, with unsettling and plan-threatening consequences.
With Birrong as their guide, the women learn to craft and control their hitherto ad-hoc time-travelling ability while broadening their appreciation of First Nations cultures. They also prepare themselves for their impending brief encounter with Darwin.
Travelling to 1836, the group engineers multiple subtle encounters with the young adventurer. They demonstrate a truthful perspective of the original inhabitants and hope his observations will lead to influential conversations in the colony and back in England that will affect how Europeans react to the Aboriginal nations.
The story ends with Darwin sailing from Sydney in the Beagle, but a Coda, set in the present, demonstrates that the group's efforts are rewarded.

Late in the afternoon, we entered a settlement at the edge of a river worn well into the earth. "Grafton," the driver announced as though the word would open magical doors.

Unlike most rivers I had experienced in this wide brown land, water touched its banks and Cassi decreed we had arrived on the coastal plain. She looked annoyed. "This is a minor junction. We should not be resting here. The main part of the town is across the river," she explained, "and doubtless the coach has business in that place, but the coastal road follows this river's southern and eastern banks towards the sea. That is our intended course. From here we do not need to cross the river. We are needlessly stalled."
Her argument and impatience were lost on me. We were stopped at a hamlet where a handful of rough-hewn wooden commercial structures invited customers. For the most part, the place looked deserted. Cicada-song and bird-chatter among the gums filled the fragrant air.
A clerk at the coach company's office — really a desk and noticeboard in a horse stable — informed us that the ferry to the river's other bank had become stuck on a sandbar. (The punt depended on the inflow of tidal water to augment that supplied by the river.) This left us stranded. Cassi's black mood deepened and she prowled as if waiting for a sign from the saints or a decision to take form in her mind.
The company arranged overnight lodgings and to take advantage of this unexpected break in our journey, Cassi guided me away from the settlement to the seclusion of the riverbank. "Forgive me, Ma-til-da, our forced delay is unnecessary but the coaches do have their routines, I suppose. Imagine if they had decided to bypass whole towns? Mail would not be delivered, loved ones would not be embraced."
She babbled, making excuses for her earlier impatience, and I stopped listening, content to drink in the evening. It had always been a magical time of day for me, when the sky turned mauve in the afterglow and my trivial concerns surrendered to whatever sights and sounds and smells that the world might offer.
I could feel the aches of travel leach away. A near full mothermoon had risen and its fat yellow light danced on the waters of the languorous river. Ever since I have been in Australia, I have found that sight hypnotic.
Cassi shared an anecdote of how she could see a rabbit etched in mothermoon. She said that when she was a child, in England, the rabbit had been upside down, but here she could see it as intended, and thought that important. She said she had created stories about that orb's journeys down to the world each fullness to encourage children into making mischief. Thereafter as punishment, mothermoon would fret away to nothing, until the need to grow bolder overtook the darkness.
She said I was like a mischievous child, emboldened by the call of mothermoon. "I'll wager you delighted in weaving pranks about your loved ones when the moon was on you," she said.
Mesmerised with the stillness after an arduous day of road noises and dust, I said nothing.
I tried to read the scribbly message mothermoon had written on the tidal water. Day by day that language had become clearer, and soon I would understand.
Is this what Cassi meant by saying, When the moon is on you?
My thoughts turned to parents — I touched the locket at my throat — and lives cut short, and love pent up and dispensed as tears in echo rooms.
We paused in our stroll at a grassy spot and my enigmatic companion sat. She offered a hand that I might join her.
I did so, but she did not release me.
An awkward moment passed, then she studied my face by the late light of sun and mothermoon. I saw love there as though she had absorbed a familiar and endearing sight and when she found my eyes I could see that hers were slightly moist as she said reassuringly, "Do not be afraid."